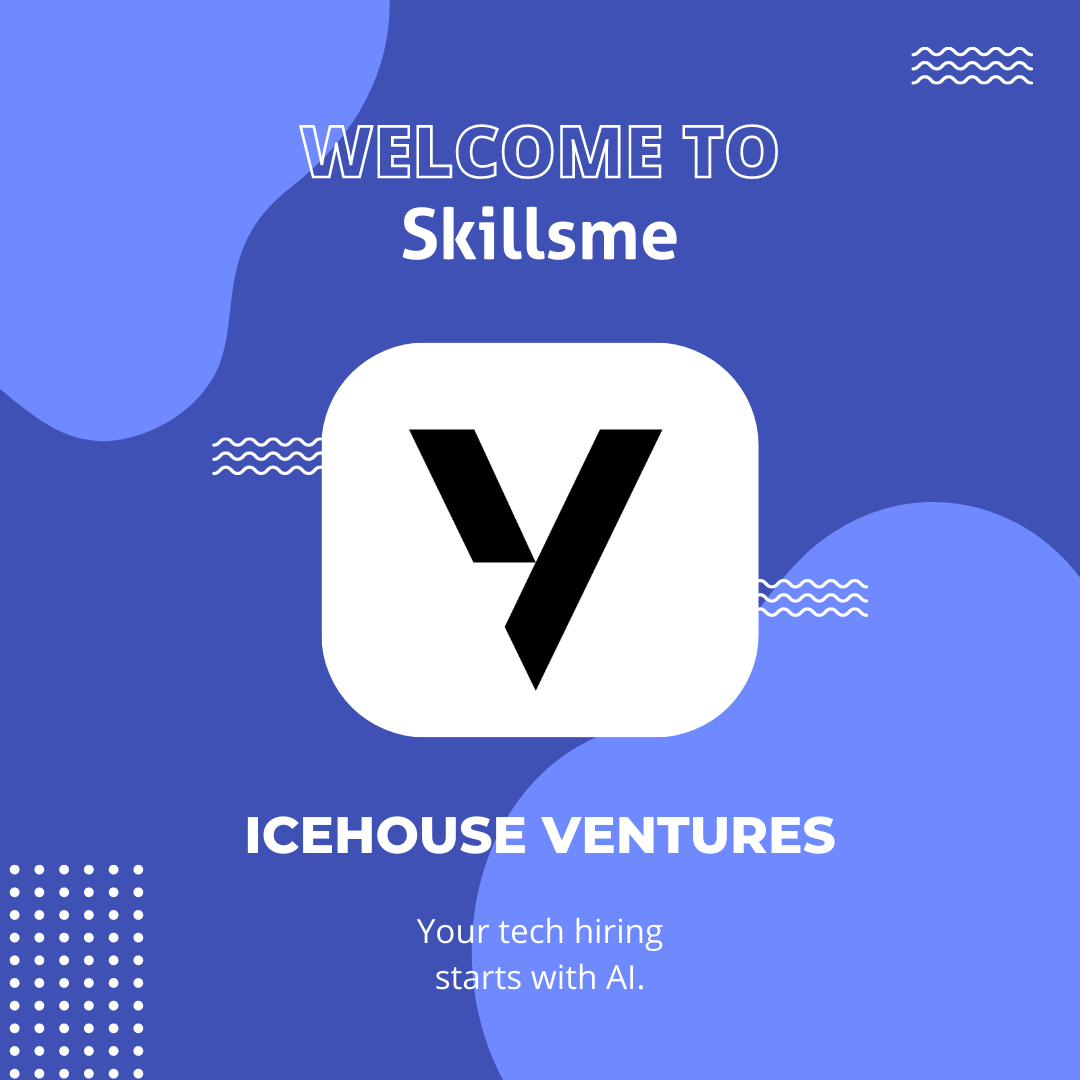 END_OF_DOCUMENT_TOKEN_TO_BE_REPLACED

Today we announced the launch of IVX (as in Icehouse Ventures Expansion), a late-stage venture fund that will invest in 20-30 of NZ’s leading tech companies.

We have already raised  over $50m to date from Simplicity, an Iwi, Hobson Wealth, Sir Stephen Tindall, and over 100 individual investors and are moving towards a $75m final close. The fund is now open for investment from new investors.

What is "late-stage venture capital?

IVX is a late-stage fund. What does that mean? Most of the capital will be deployed into companies with established and growing teams, well-developed products & services, evidence of competitive wins, five or more years in market, revenue & proven business models, and strong governance. And the most critical feature: potential for significant global growth. Example companies already in the IVX portfolio include Shuttlerock who are generating $10m+ revenue, Dawn Aerospace who have their technology commercially operating on multiple satellites in space, and Sir John Kirwan's Mentemia whose tech is used by The Warehouse, Sky, Eroad, and others.

How does IVX compare to other VC funds?

IVX leverages our unique relationships, information, and follow-on rights we have as a result of being among New Zealand’s most active early-stage investors. Our pipeline includes our 250+ startup investments, a subset of which thrive and become sought after. This simply cannot be reverse engineered. (Note IVX can also invest in startups outside of our family.)

This is not a novel model. YCombinator, a Silicon Valley-based accelerator that got its start making $20k pre-seed investments, subsequently raised a $1b “continuity” fund to invest further in its top performers like Airbnb and Dropbox. Having long-duration relationships with founders and longitudinal data on their performance is a real advantage.

END_OF_DOCUMENT_TOKEN_TO_BE_REPLACED

Icehouse Ventures back brave kiwi founders with unique insights who are building global companies. We're looking for people who are inspired by helping these ambitious entrepreneurs achieve big things.

We are NZ's most active venture capital firm, with over $140m funds under management, and a portfolio of 240+ of the countries most exciting early-stage businesses (like Sharesies, Ethique, Mint Innovation, Halter, Narrative, Dawn Aerospace, Tradify and FirstAML).

If you have a superpower and a passion for startups, we'd love for you to join us.

END_OF_DOCUMENT_TOKEN_TO_BE_REPLACED 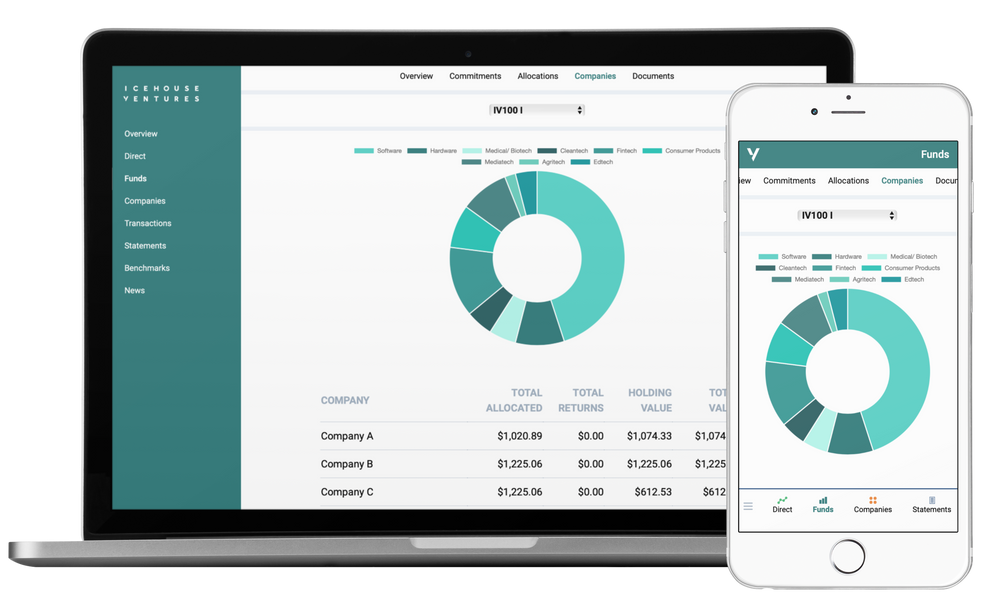 Access to 100 brave Kiwi startups through the new IV100 fund

With plans to raise $10m, IV100 II will invest into 100 startups over the next three to four years. The first $5m has already been raised (the fund was initially launched in September) and ten startups have already been backed including Organic Initiative, Remotely, Refund Club, and HeartLab.

IV100 II opens up access to a portfolio of companies across a wide variety of industries and stages of their capital raising journey, from pre-seed funding to Series B expansion capital.

The new fund follows the success of the first IV100 raised in 2017, which backed its 100th company, Revolution Fibres, in March this year. It specifically co-invests in well-funded startups backed by one of its other active funds such as Tuhua Ventures or the newly launched Level Two Ventures deep tech fund.

Unique insights on the backed startups are presented to the fund’s contributors via a new Icehouse Ventures Investor Portal. Launched in July, the portal offers a simple way for investors to observe, learn and compare the progress of more than 100 companies across a variety of founders, business models, industries, growth stages, and missions.

Investors can use these insights to pick and choose the individual startups they like the most, identify opportunities where they can help the startups grow faster, and then invest further in their subsequent rounds.

CEO Robbie Paul says the IV100 funds are new territory for New Zealand: “Our second IV100 fund is enabling a magnitude step-change in diversification at an investment quantum previously reserved for individual company investments. In many ways, it is democratising the ability for Kiwis to get exposure to venture investing, an asset class where they have traditionally been left out, priced out, and jargoned out."

“In an asset class defined by one-in-one-hundred outliers, missing one outlier can be the difference between success and failure. Local investors in 2008 did not know they would be defined by wireless power or accounting software.”

He says the type of diversification offered by IV100 has been historically limited to ETFs and other listed funds. Of the startups that are part of the IV100 funds, 23 are led by female founders, 22 were started by entrepreneurs who were under 30, 21 are deep tech companies, and 18 are ‘impact” ventures striving to create tangible positive environmental or societal outcomes.

IV100 taps into Icehouse Ventures’ unique deal flow as one of the most active investors in New Zealand. The group is on track to invest more than $30m into 75 companies in 2020.

The fund is currently open for investments from eligible investors and there is an Information Pack available to interested parties.

END_OF_DOCUMENT_TOKEN_TO_BE_REPLACED

Recently, I asked a couple of founders and a local M&A advisor for their views on the appropriate key metrics to track when you are an enterprise SaaS business. There may be some metrics that are missing, perfection is not what I am focused on, traction and momentum I am!

What are the key metrics for Enterprise SaaS companies to track over time?

In creating this, I received some great input from Mike Carden of Joyous, Danny Tomsett of Uneeq and Mark Clare of Clare Capital – thank you for sharing and enabling others to see this.

Mike also is a big fan of Return on Capital Invested. The theory is that for each $ you raise, it should result in a 5x increase in enterprise value for the next round. As Mike says, “let that one sink in”.

What do investors look for?

Danny Tomsett shared some perspectives around what an investor looks for:

Mike and Danny also both have adopted OKRs for their teams with a focus mostly around Team, Engineering, Marketing, Sales, Product Health and Customer Advocacy.

What tools do people use for tracking?

So many different options, all use OKRs, to trail down the key metrics to everyone across the business, or One Metric (Rowan Simpson), others customise their CRM. I have also seen people work out the metrics and then just release them on a tool like Notion and let people iterate on the fly.

END_OF_DOCUMENT_TOKEN_TO_BE_REPLACED

The Compostic team partnered with Flux Accelerator in June 2019, shortly before moving into the Icehouse shared office space. Jon and his team literally work side-by-side, sharing the same values, vision and zeal for life.

Since launching their product range in November, Compostic has made exceptional progress, signing with NZ Wholefoods companies Foodstuffs Ltd and Huckleberry Farms. Compostic products can be found in South Island New World and Pak'nSave stores with North Island distribution coming in early 2020. Jon made an appearance on the The AM Show, Newshub, in June, where he spent some time showcasing his range of biodegradable products.

Compostic also have U.S distribution in the pipeline, which means the team stand to suitably serve the global circular economy for years to come.

END_OF_DOCUMENT_TOKEN_TO_BE_REPLACED

Our team are looking to hire an Operating Partner for Flux. This role exists to deliver an exceptional UX to the founders we back, and to scale Flux as a pre-eminent first investor in kiwi startups. Our ideal candidate is an operator ready to roll up their sleeves to help find new companies, support our existing group of founders, and manage the community around Flux to maximally impact the startups within it. We've now closed our third fund to empower ambitious early stage startups around NZ.

Icehouse Ventures is an investment group that backs New Zealand's leading high-growth companies. The group includes the Ice Angels and ArcAngels investor networks, Tuhua Ventures, Eden Ventures, First Cut Ventures, a number of passive funds and the Flux Accelerator.
We have collectively invested over $132m into 192 startups since 2001. Icehouse Ventures was capitalised in 2019 with investment from Simplicity, Jarden, Sir Stephen Tindall’s K1W1 and private investors to scale our investment and support for startups.

Flux is New Zealand's leading accelerator. We are a combination of an early stage fund and mentor community who provide hands on support to every founding team we invest in. Our mission is to build the ultimate place in NZ to start a high-growth, venture-backed company.

What You'll be doing:

What you could bring to the role:

We are accepting applicants from all backgrounds. We encourage you to apply even if your experience isn't a perfect match with our job description. This position is a full-time salaried role in Parnell, with further upside through carry on funds invested (aligned to the success of the companies you work with).

END_OF_DOCUMENT_TOKEN_TO_BE_REPLACED

Icehouse Ventures is looking to hire an Investment Manager to ensure we create and win the opportunity to invest in the best early-stage companies in New Zealand. This means building trust with founders, adding value to them in interactions, recommendations and connections and seeing the opportunity to create a deal when it presents itself.

We have collectively invested over $120m into 180 startups since 2001 as part of The Icehouse. Icehouse Ventures was established in 2019 with investment from Simplicity Kiwisaver, Jarden, Sir Stephen Tindall's K1W1, and The Icehouse.

Here is a brief overview of some examples of work:

Experiences and skills should include:

We’re looking for someone who is as passionate as us about building an iconic investment business. You must have a high ownership mentality and the ability to take responsibility for goals and outcomes.

This is a full-time role, based in Parnell, Auckland.

END_OF_DOCUMENT_TOKEN_TO_BE_REPLACED

We're Hiring a Head of Community

We have collectively invested over $120m into 180 startups since 2001 as part of The Icehouse. Icehouse Ventures was established in 2019 with investment from Simplicity Kiwisaver, Jarden, Sir Stephen Tindall's K1W1, and The Icehouse.

The purpose of the Community and Marketing Manager is to build upon the brand framework we have as Icehouse Ventures and create a program of activities and processes to add value to our portfolio companies, share common learnings, help our founders learn from one another and demonstrate our value proposition through active engagement.

Here is a brief overview of some examples of work:

Experiences and skills should include:

We’re looking for someone who is as passionate as us about building an iconic investment business. You must have a high ownership mentality and the ability to take responsibility for goals and outcomes.

This is a full-time role, based in Parnell, Auckland.